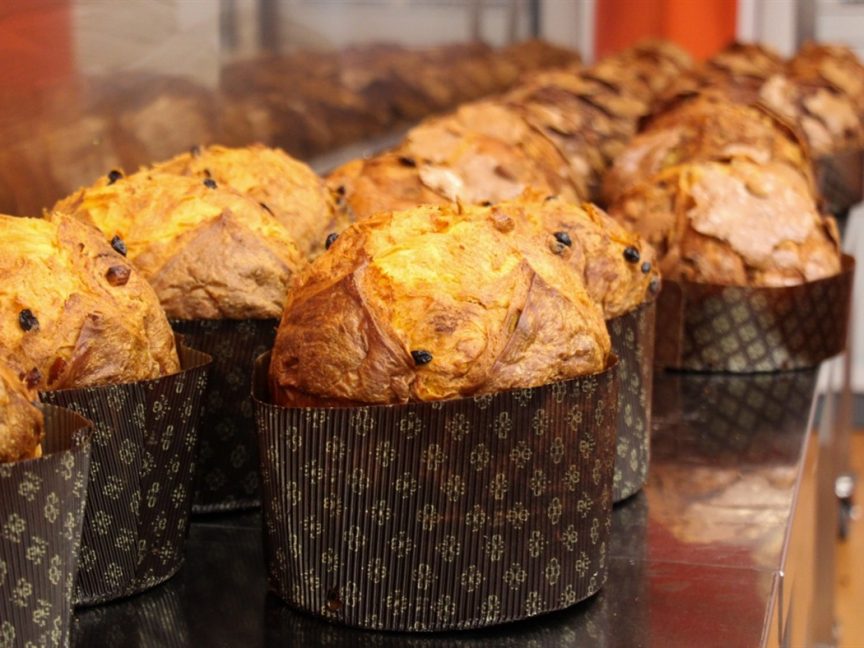 It is once again time to put the most important Italian Christmas dessert on our table. Bring out the panettone!

Panettone is a typical Italian dish that relates to the holiday season. It is made by preparing a dough based on water, flour, sugar, egg yolks, butter and a lot of yeast, to which candied fruit such as oranges and cedar shells are added, as well as raisins. The dough should be left to rise for at least 15 hours, in order to get a panettone that is large and porous.

The history of panettone is quite peculiar. It was always served around the December holidays, but this is one of the only things we certainly know, since it brings with itself more than one legend.

It is said that this recipe of a very large and hollowed bread has accompanied the tables of northern Italy since the 13th century. Milanese ovens prepared this type of bread, much richer than the everyday one, only at this time of year, to give something better and special to the townspeople.

The most famous legend talks about an incident on Christmas dinner at the Sforza family’s house. The chef unintentionally burned the dessert he had prepared and one of his assistants, Toni, took the only piece of mother dough he had saved to prepare bread at home and had the idea of ​​adding flour, sugar and what was left of candied fruit until he got a very soft and light dough. He took it to the oven and it was what was served that night. All the diners were delighted and that is why, Ludovico il Moro, the patron of the house, decided to baptize this bread as “pan de Toni”, Toni’s bread.

Panettone’s recipe has changed very little since its invention. Although it has become a more commercial product with multiple variants, which today can be found in supermarkets around the world, the original panettone will only carry the ingredients that we have previously mentioned.

Here we leave you an easy recipe for panettone so that you’re inspired to prepare it with your family this Christmas.

The Roma Gastronomica team wishes you a merry Christmas and a happy new year!